An aerial view of historic B-Building

Vikings Head Educator Retires At The End of the Decade 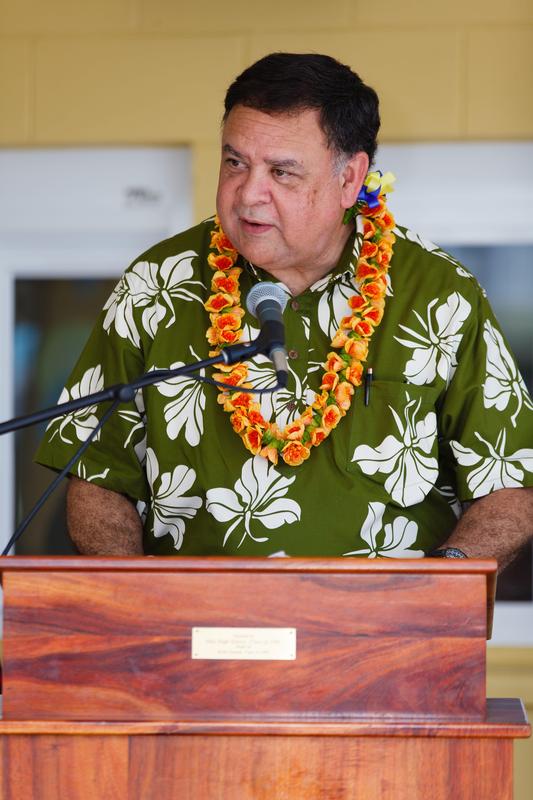 Principal Robert Dircks Leaves Hilo High School Post on December 31st, After 14 Years.
It is surprising how much things a High School Principal can collect in his office after over 14 years.  KVIKS had a chance to sit with Hilo High School Principal Robert Dircks on December 27th, at his office in D-Building, the command center he has been stationed at since 2005.  From yearbooks, graduation photos, and leadership books, to a single size 9 left-side slipper, an old rugby ball, and a Japanese Good Luck mask, Mr. Dircks sifted through his items for the last time.  He couldn't help but to tell the exciting stories behind why each item is special to him - or at least why he kept them over the years.
Mr. Dircks began his early career as a member of our United States Navy.  He later became a fireman in Oahu.  Shifting gears, after returning to school, he became a teacher at Kohala High School.  He served as Vice-Principal at Hilo Intermediate School, then Principal at Mountain View Elementary before taking the helm at Hilo High School.  In total, Mr. Dircks has worked for the Hawaii Department of Education for 35 Years.
When asked about his tenure at Hilo High School and what he cherishes the most, Dircks replied: "It's been a great great experience, I've enjoyed many graduating classes and I've gotten to know quite a few people.  I hope that the Viking Traditions will continue, and I'd just like everyone to remember what it means to have Viking Pride."  In a farewell message to his students and staff, Dircks closed with: "Thank you for supporting me, being who you are, and more importantly for being a part of Viking Pride."
Thank you, Mr. Dircks, for your many years of service to our country, our state, and our Hilo High School.  Enjoy spending time with your family & friends, but always remember, "Once a Viking, Always a Viking!"
Vice-Principal Erin Williams will serve as Interim-Principal of Hilo High School effective January 1, 2020, until a new principal is named.
Source: Photo Credit: Poi Dog Photography
Published December 30, 2019 Print